As the world changes, so too does “value” change. It literally moves around. What consumers willingly paid for yesterday becomes passé overnight. What they will willingly pay for tomorrow just as quickly becomes today’s business imperative.

To keep up with these value shifts, senior leaders move financial capital at lightning speed from points of lower return to points of higher return. Obviously, they also need to assemble the right talent at these “value hotspots” if their companies are to win. The problem? The traditional tools of HR are fixated on the talent side of the equation to the exclusion of the value. They can’t connect talent to value fast enough or dynamically enough.

We believe coaching offers a way to rapidly and dynamically connect talent to value.

At its best, executive coaching focuses on coaching human potential into existence. Executive coaches usually mitigate risk for an organization by intervening at an individual level to either improve a leader’s performance in their current role or better prepare them to step into a new role in the company hierarchy. Executive coaches work with each client in the context of a one-on-one relationship: each engagement focuses on partnering with that executive in undertaking a thought-provoking, creative process that inspires them to evolve their behaviors for the purpose of realizing their full professional potential.

Value Coaching, on the other hand, focuses on coaching value into existence. Value Coaches mitigate risk for an organization by evaluating and intervening from an enterprise perspective to increase the probability of success within the time available. Value Coaches must start with some sense of the company’s value agenda, the work necessary to realize that agenda, and how that work would best organized and sequenced to occur over time. Therefore, they work with the company’s Golden Triangle (CEO, CFO, CHRO), senior leaders (strategy, finance, human resources), business partners, and critical role owners. In private equity situations, they will also work with team members and portfolio operations representatives.

In a world where value is shifting rapidly, hierarchy tends to slow down execution. Up until sometime right around now, we would connect “top talent” to the “big jobs” high up in our organizational hierarchy. The process of talent selection, fraught with politics and often constrained by job size and “seniority” practices, is slow and tedious.

Value Coaching puts hierarchy aside and looks instead at significant value hotspots in the organization where the combination of talent in a role could slow, impede or halt value creation. It identifies the “bigger roles” responsible for delivering the large chunks of value, critical to the company’s success, at each hotspot. In an ideal world, each of these critical roles would be responsible for no more than three to five discrete chunks of work (what we call Jobs To Be DoneTM) and be assigned appropriate decision rights and resources.

In the real world, we find this is rarely the case. That is why Value Coaching looks at each critical role and the ecosystem surrounding it along with different talent possibilities to design the best possible role•talent combination.

Value Coaching looks at each critical role•talent combination in context to discern which configuration of role, talent and systemic support will best realize the value in time.

For every role•talent combination, there will be risks on the role side and risks on the talent side. Value Coaching uses a quantitative, analytical approach that actually seeks out the risks inherent in each role•talent combination and designs a set of coaching interventions to mitigate them. Specific data is gathered about the role (including such things as decision rights and level of difficulty); specific evidence is assembled about each talent (including their “superpower” and the jobs they have done well that relate to the Jobs To Be Done). Then a strategic assessment is made of the interplay between the role design and the talent fit that quantifies the value at risk in each role•talent combination.

This “whole systems approach” allows for multiple types of coaching interventions. The role can be reconfigured. Decision rights and resource assignments can be modified. The talent can be complemented with mentoring or the right enabling team and systems. Or, if that won’t sufficiently mitigate risks in the role•talent combination, the individual can be redeployed to a role in which their superpower would be put to better use.

All these interventions involve changes that will impact people. That is why Value Coaching calls for an understanding of human beings, how they work, and how they work together. 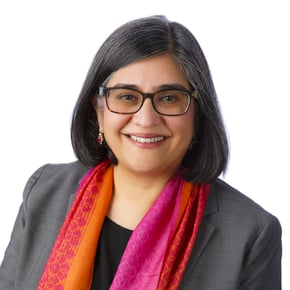 As a coach and advisor to C-suite leaders, Shefali has decades of experience in HR and is the head of the CEO.works Talent to Value Academy.

Do you know what the secret ingredient is in every Mobilization success story?
Start Reading
Shefali Salwan August 20 2020 7 min read

How to Bridge the Gender Confidence Gap

Research has established a clear gender difference in the assessment of talent in the workplace, where confidence (which men ...
Start Reading
Shefali Salwan August 20 2020 7 min read

How to Bridge the Gender Confidence Gap

Research has established a clear gender difference in the assessment of talent in the workplace, where confidence (which men ...
Start Reading