Have We Outgrown Our Talent Management Tools?

This question prompted an outburst of spontaneous, lighthearted laughter last month at one of our New York Value CoachingTM workshops. Even though not everyone in the room was a Human Resources professional, everyone understood that the fundamental tools organizations have been using to manage talent are artifacts of yesterday’s stable, predictable world.

Until sometime right around now, vintage tools like resumes, job evaluations, engagement surveys, 9 boxes and performance bell curves stood us in good stead. Each of them was, at one time, an innovation. And that innovation served a purpose.

Some say the first HR tool was invented in the 1480s when Leonardo da Vinci wrote a letter to Ludovico Sforza, an Italian prince. Leonardo’s document, in which he mentioned his skills at painting, engineering and weapons design, convinced the prince to employ him. The professional resume evolved over the centuries. By the 1970s, it also included people’s employment history, experience, education, publications and references.

Jump to the nineteenth century in the United States. The Civil Service Commission, intending to be unbiased and objective, began classifying government positions to determine their relative worth. This early job evaluation practice evolved over several decades to include three different methods: ranking based on difficulty, grading based on job classification, and assigning points to compare a set of prioritized key factors. This last method, invented in the 1940s by Philadelphia businessman Edward Northrup Hay, became the most widely used method for classifying and grading jobs in mid to large-size organizations.

The Esso™ Research and Engineering Company, taking a page from the “attitude surveys” of industrial companies during the Depression, launched the first employee engagement surveys in the 1950s. When engagement became a popular concept of management theory four decades later, this tool took flight. Companies used them to try to measure people’s self-expression at work, their energy and involvement, their job satisfaction and work ethic, their efficacy and productivity, even their motivation and commitment. More recently, in this desire to improve results by boosting morale and productivity, we’ve seen colleagues like Mark Levy pioneering a shift from HR/people ops to the “employee experience” at companies like Airbnb and Allbirds.

The 9-box performance grid, designed to annually chart individual performance against potential, appeared sometime in the 1970s. This wildly popular assessment tool helps identify a company’s most valuable talent and its high performers. But in 2019, Ashley Goodall, Cisco’s senior VP of Team Leadership & Intelligence, took a serious swing at this faulty assumption that people can reliably rate other people in his book Nine Lies About Work. Performance assessments are, after all, highly subjective and force leaders to fit people into boxes that apply across an organization; this shoehorning inevitably adjusts each person’s results downward or upward to standardize them within the company’s historical norms. Assessments of potential, usually based in behavioral standards with relatively unclear definitions (related to aspects such as leadership, motivation, willingness to learn, fit and mobility), also tend to be subjective and ungrounded. They do not take into account the context in which the company is operating and in which the work must be performed. And they are not a reliable indicator of someone’s future performance in a different role, especially when that new role is more complex.

Which brings us to our most recent innovation: the performance bell curve (also known as the vitality curve). Pioneered by Jack Welch at General Electric in the 1980s, this controversial talent management practice “ranked” coworkers against each other based on their past performance on a Gaussian distribution curve and then “yanked” (terminated) the bottom 10%. Unfortunately, this practice, once described by an Adobe manager as a “soul-crushing exercise”, does not sync up with how the majority of people perform in reality.1 Ninety-four percent of the population conforms to a Pareto or power law distribution, which is characterized by infinite variance, an unstable mean and a greater number of extremes. In addition, 26% of output is produced by the top 5% of workers and 10% of productivity comes from the top percentile alone.2

It is 2021. Business operates at the speed of “now” in a world marked by disruption and uncertainty. Technology is generating more possible ways to create value and that, so far, is creating more new jobs that have to be done. The new work and those new jobs keep morphing in real time. Unfortunately, dynamically matching the right talent to that valuable work is still cumbersome, trapped in hierarchical frameworks and outdated metrics and reliant on potentially irrelevant performance data.

Maybe people laugh when we ask if they think HR has outgrown its talent management tools because they know, deep down, that the ones they are relying on are too approximate and too focused on past performance, too static and too slow to serve their current needs. Maybe they are afraid of what that actually means. If our tools are inadequate to match talent to work that has never been done before, then it is high time we invent precision ones that are dynamic, fast and future-focused.

We at CEO Works are intrigued to learn about any new human capital tools you are finding useful. Reach out to our team or subscribe to our mailing list to find out about future releases like our upcoming whitepaper The Role•Talent Card: Unpacking the Precision Multi-Tool of Modern HR. 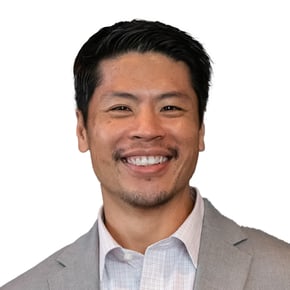 Dan is an Associate Partner at CEO.works. With a primary focus on research and development, he supports the team through the design and codification of CEO.works' methodologies.

People are excited about the bold ambition you’ve declared for your company. But is the organization ready and capable of ...
Start Reading
Sandy Ogg December 14 2016 4 min read

As CEO, you are the one person who can launch your company’s Mobilization. But moving a great ship of state in a new direction ...
Start Reading
Bill Allen January 20 2021 10 min read

By Bill Allen and Dhaval Bhagat Heading into this next decade, all eyes are on HR to navigate us through the complexities of ...
Start Reading