It is not uncommon for senior executives to adapt to changing and challenging circumstances by reorganizing their enterprises to win. When the COVID-19 pandemic first started, many CHROs sent as many people as possible home to work. Tech titans like Amazon and Microsoft are now telling employees to continue working from home until October, while Google and Facebook don’t anticipate reopening their offices until 2021.1 Twitter CEO Jack Dorsey has even told employees they can keep working from home permanently if they wish.2 It appears that, for many organizations, remote work—and remote leadership—will be here for the foreseeable future.

As an experienced CHRO, I am fascinated with what this new reality demands of senior executive leaders. The requirement to lead a primarily remote workforce, while working remotely yourself, has us having to reorganize ourselves. We now have to consider what is most valuable in terms of how we personally operate.

One of the many CHROs I have been talking with recently shared that, even though he is relatively new to the organization, both he and his people are getting much more done now, working remotely, than before the crisis. He had initially chalked this capacity increase up to having moved from a senior HR role in a large organization to the CHRO role in a fast-growing startup in December 2019. But he knew that couldn’t be the whole picture. He asked me if perhaps there were other contributing factors that he and his team could leverage to positively influence employee productivity more generally.

I first reminded the CHRO that, when he stepped into his new role, we had spent time together identifying which roles were critical to the organization’s ability to deliver value. With fewer direct reports than in his previous role, his natural instinct had been to roll up his sleeves and dive into the weeds with them. But I had pointed out that the nature of his role had shifted. He was no longer playing an important instrument in a large orchestra. People in the new organization were looking to him to be their conductor. If he played their instruments when they were expecting him to be conducting, they would feel disempowered and he would end up being much less productive. This meant he would have to be more transparent and disciplined about what he did as a CHRO versus what he had done in other HR leadership roles.

Depending on how clearly critical roles and role relationships are spelled out, leading remotely can increase your organization’s capacity to get things done—or not.

By the time he switched his new direct reports to remote working in March, he had empowered each of them with a clear set of Jobs To Be DoneTM and developed a well-defined, transparent working relationship with each individual. They trust him as CHRO to “conduct”: he trusts them to do their jobs. Little time, if any, has to be spent on sorting through who should be doing what and who has authority over what. Cascading this approach of “right critical roles, clear working relationships” down to all HR teams, along with setting up an appropriate communications schedule, has accelerated execution overall.

I next pointed out that, in addition to communicating with their team of direct reports, CHROs have to interact with their boss, leadership team members, and the company board. Although each of these working relationships are interdependent and equally

Keeping the company leadership together in a crisis is a matter of interacting with your direct reports, boss, leadership team and company board with the right and consistent frequency.

For instance, the new CHRO’s team needed more space to operate remotely. But they also needed more time with him to focus and prioritize the work to be done. So their meetings shifted from once to twice a week, during which times the CHRO redirected specific functional concerns to the appropriate specialist on the team. Early on, the CHRO had wisely assumed that not all board members were happy with the status quo. By inquiring, he knew he needed to develop a better relationship with the compensation committee chair and had, therefore, started an ongoing ad hoc dialogue to surface and discuss concerns as they arose in real time. Those conversations continued. On the other hand, communications with the CEO and executive leadership team were already on a solid track, primarily because the CHRO had already built a solid foundation of trust with everyone. All necessary role-to-role interactions were already being covered in their many regularly scheduled meetings together.

The key to success in all this is, of course, to have powerful relationships, especially with your CEO and CFO, that allow for the interdependent give-and-take necessary for navigating an enterprise through a crisis. Like Sullenberger and his co-pilot Jeff Skiles on US Airways flight 1549, this is not the time to have groupthink in the cockpit. And it’s not the time to have friction in your working relationships with any of the crew. If you can’t be candid and open with each other about what you see, then the plane and the whole airline may very well go down. Then it won’t really matter what your remote workers are doing.

2 Aaron Holmes, “Twitter just told employees they can work from home permanently”, Business Insider, May 12, 2020. Accessed May 18, 2020 at https://www.businessinsider.com/twitter-tells-employees-they-can-work-from-home-permanently-2020-5. 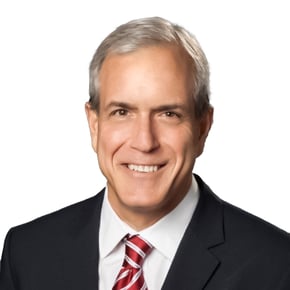 "When it comes to creating change, there are four approaches, three of which are fatally flawed and one of which holds the keys ...
Start Reading
Bill Allen October 11 2022 8 min read

The 7 Deadly Sins of Talent: Sameness

"If you read your company's HR strategy, would you be able to tell which company it was written for? Does it demonstrate a deep ...
Start Reading
Bill Allen September 26 2022 6 min read

The world of work is much more fluid now than it was back in my day. Everything is geared for quick pivots. When I was ...
Start Reading
Bill Allen August 25 2022 9 min read

"When it comes to creating change, there are four approaches, three of which are fatally flawed and one of which holds the keys ...
Start Reading
Bill Allen October 11 2022 8 min read

The 7 Deadly Sins of Talent: Sameness

"If you read your company's HR strategy, would you be able to tell which company it was written for? Does it demonstrate a deep ...
Start Reading
Bill Allen September 26 2022 6 min read

The world of work is much more fluid now than it was back in my day. Everything is geared for quick pivots. When I was ...
Start Reading