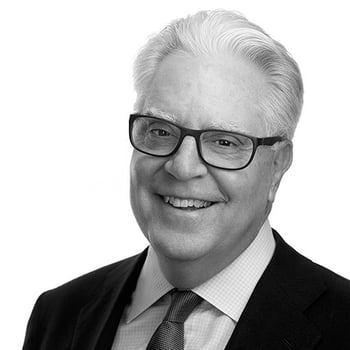 Sandy Ogg has spent over 30 years working with and learning from successful CEOs around the world. He’s seen what they do consistently to generate new and better value for all their stakeholders and has applied these practices to creating tools that teach leaders and organizations how to excel in the current business landscape.

Sandy is the person that CEOs

and other heads of HR look to for advice.
– Chris Gagnon, Senior partner, McKinsey & Company Mr. Ogg is the Founder of CEO.works, a consulting firm specializing in leadership and talent consulting. From 2011 to 2016, Mr. Ogg worked as an operating partner in private equity at the Blackstone Group, serving Blackstone’s nearly 100 portfolio companies. Prior to Blackstone, he was the Chief Human Resources Officer for Unilever, where he overhauled Unilever’s operating framework and leadership system. Throughout his career, Mr. Ogg has also held various other roles, including at Motorola, Dove Associates, The VIA Consulting Group (which he founded), and The Center for Leadership Studies.

Mr. Ogg is a member of SVP funds’ Advisory Council and is primarily involved in management recruiting and leadership at SVP portfolio companies. Mr. Ogg is also the Chairman Of The Board of Nord Anglia Education and Prometric.

Mr. Ogg began his career performing sea rescues as a line officer in the U.S. Coast Guard. He holds a bachelor’s degree in mathematics from the U.S. Coast Guard Academy; he subsequently received a master’s in human development from George Washington University, and an MBA from the Kellogg School of Management. He has served on the boards of INSEAD, The Rotterdam School of Management (Erasmus University, Netherlands), The European Academy for Business in Society (Vice Chairman), and BBH Advertising in London. In November 2015, he was inducted as a Fellow by the National Academy of Human Resources. 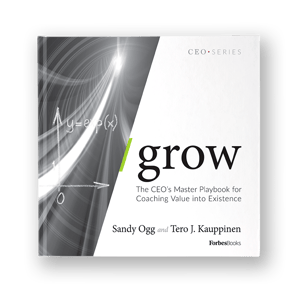 /grow: The CEO's Master Playbook for Coaching Value into Existence

Grow is about leadership by design. Despite this era of exponential change, it is possible to transform your large, existing organization into a player that adapts fast, moves fast and grows fast. It is possible for your company to play an even bigger role in the world than it does today.

Find out more about our Value Coching methodology or reach out to a team member we'd be happy to connect with you .